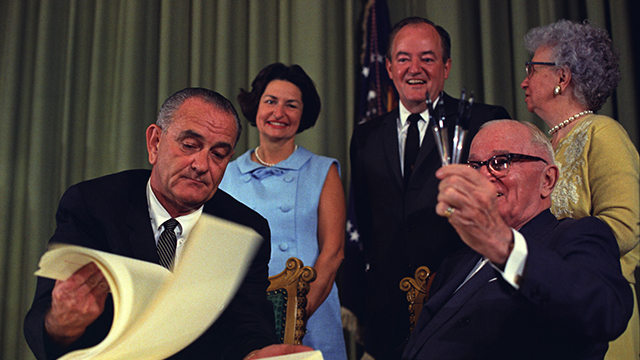 Dorothy Rice—who passed away on February 25, 2017, at the age of 94—was a giant in the field of health services research, conducting groundbreaking studies, and mentoring others who continue to contribute to the field. Her pioneering study of health insurance coverage of the aged based on the 1962 Survey of the Aged was instrumental in the enactment of Medicare.

It was in this study that Rice found that half of the population age 65 and over was uninsured at the time. She also noted that those most in need of health insurance were those least likely to have it—persons in poor health, the very old, those not employed, and those with low incomes. Her research quantified and defined that harsh reality in a way no one ever had before. Indeed, the financial risk of expensive hospitalization and the potential financial burden of medical bills was a major propellant of the Medicare legislation.

Read the whole story over at Health Affairs Blog