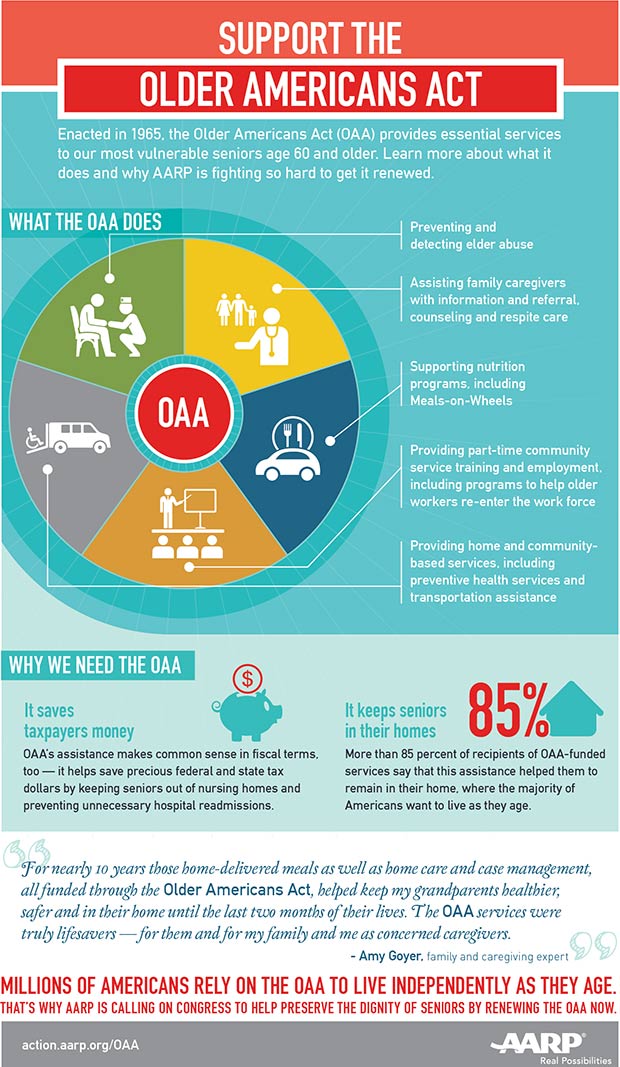 Congress finally just passed bipartisan legislation renewing theOlder Americans Act for three years, sending it to President Obama for his certain signature. Passage comes almost 10 years since the Act was last reauthorized, a delay which has been a source of great consternation to older adults and their advocates.

What’s In the Bill

Why should you care? Simply because the legislation keeps core Older Americans Act programs intact, while adding improvements to the law. In essence, the bill allows older adults to remain at home and in the community by providing them with necessary services to maintain their independence. The Older Americans Act also saves Medicaid and Medicare untold millions each year.

Read More at NEXT AVENUE