In the almost three years that Pat McKearn has been leading weekly sing-a-longs at the Hamilton and Clinton Senior Centers, he has learned a lot about how creativity and music can brighten people’s lives. 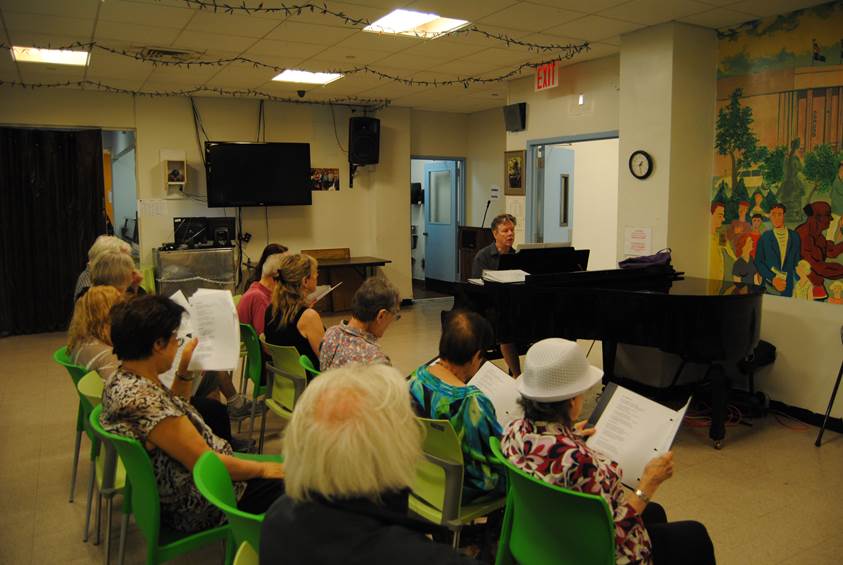 “When I play it forces me to really make the groove strong so that people feel comfortable joining in,” he shared.

Originally from Northern Illinois, Pat began playing music at a very young age, starting with the trombone and then eventually becoming hooked on the piano.

“I went to music school and started playing jazz and classical music when I was about 19 or 20.  I pursued that and I’m still pursuing it.”

After co-owning and managing a used bookstore, Pat eventually became involved with music education.  He has worked as a teaching artist at Lincoln Center since 1999, working with people from students from pre-k to graduate level.

On a Thursday afternoon at Hamilton you may hear the ebb and flow of musical voices emanating from the large dining room.  The songs range from show tunes to older popular songs. 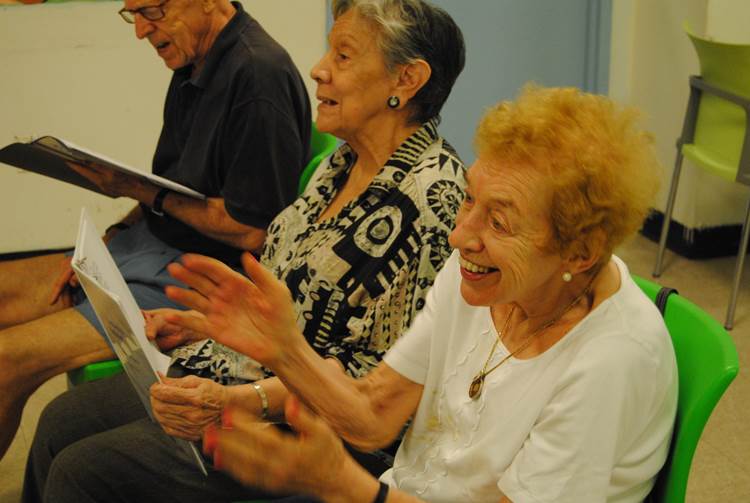 “One of the first tasks that we did here was to revise the old song book we were using.  So I wanted to do the songs that people wanted to do but not all songs are good sing-a-long songs,” Pat said, adding that people often bring in their favorite songs that they would like to sing.  “I don’t really teach them vocal technique other than to say sometimes, we should phrase it this way, get slower here, we should think about the ending here.  We’ve come up with our own interpretations from sheer repetition.”

Many of Pat’s beliefs about the power of music in the lives of the elderly stem from personal experience.

“My mother is in the last stages of Alzheimer’s and she can still remember dozens of dozens of songs,” he shared.  He said that he believes that there is a power in musical memory that persists even when other memories disappear. 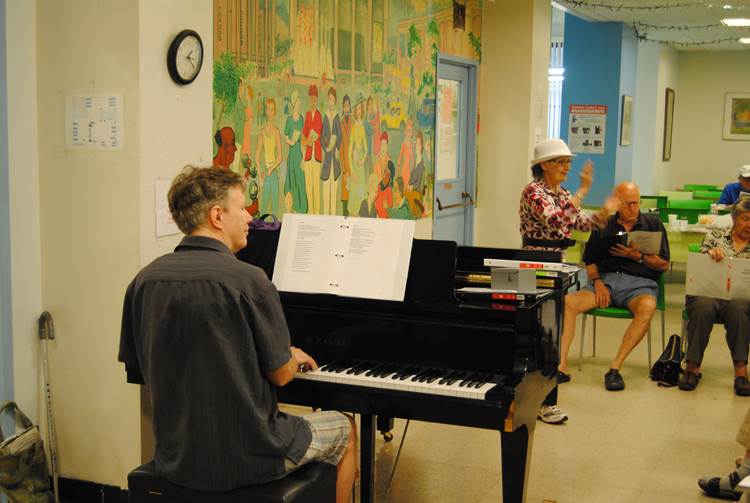 He says that the best part of leading the sing-a-longs is connecting with the seniors and making new friends.  “Whatever kind of energy I bring in each week, and I always try to come in with good intentions and good energy, I cannot think of a single day when I have left with less energy than what I started with.”

Read more about the benefits of group singing:

The Health Benefits of Singing

Keeping body and soul in time - The Guardian