3 Things Survivors of Addiction Learned from Their Fellow Addicts

3 Things Survivors of Addiction Learned from Their Fellow Addicts 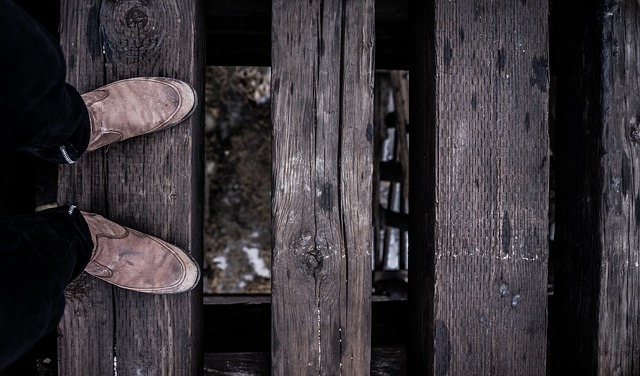 “I learned more from my fellow addicts than I learned from anybody there. It was a beautiful experience and I’m very grateful to have taken part in it.”

Jeff talked with me about his time in recovery at the Treehouse, a Texas-based program from Addiction Campuses, and how much he was able to learn from other attendees.

“It was amazing taking a step back and looking at what I’d done and being able to forgive myself and ask for forgiveness without dwelling on it,” Jeff said. “You’ve just got to let it go. My fellow addicts helped me to do that with their stories. I didn’t expect any of that to come out of it.”

Having spoken to a number of addicts who have been through recovery, this is a common theme. Many said they learned more from their peers than they did even from the counselors and therapists trained to help them. That’s not to take anything away from the professionals, but recovery programs help fellow addicts connect with one another in very personal ways that help them realize there are other people just like them. And as these brave addiction survivors shared with me, this can be a major relief after a prolonged feeling of isolation for a few very important reasons.

Everyone thinks they’re alone, but they’re not.

Wendy, a recovering addict who now works for a recovery center as a recovery coach, told me,  “When I take clients back to [the facility] after meetings, they often say, ‘Wow, someone shared a story today that sounded so much like what I’ve been through. I can’t believe it!’

“Everyone thinks they’re out there alone,” Wendy said. “But when you’re in recovery, you meet a lot of people who know what you’re going through. A lot of people’s stories are the same. How they got to where they are may be different, but essentially, they’re the same: they were out in the world for years doing crazy things and hiding it the best that they could.”

As addicts hear each other’s stories and realize they’re not alone, they also start to understand that everyone also has their share of failures, including a failure to reach sobriety.

“Everybody fails,” said Zach, another recovering addict who said he knows this fact all too well. “It’s how you react to it, what you do next, that matters. I know what it’s like to go through every day thinking no one understands you. I know what it’s like to hide everything from your family so you don’t upset them. You convince yourself that you still have your pride, so it’s really hard to take that step and reach out to somebody. It sucks. Sometimes the worst things in life are the best things, but you don’t see that until you get past them. If you’re thinking about making that change in your life, it’s going to suck — but it will be worth it.”

There are actually people who understand.

Sally is still close with one of her best friends from before entering treatment, but was able to connect with others who can relate to her.

“If you’re honest with everybody, it’s not so bad — more people will understand than won’t,” she told me. “A lot more people understand addiction than we realize. I met a different group of people that I could relate to. [My non-addict friend] Jenna can’t understand or relate on certain things, but my friend from rehab can. We had a really good group so we’ve stayed in contact.”

These lasting connections are not uncommon among recovering addicts. The beauty of this type of friendship is that no matter how dark things get or how often you still feel judged by others, you know you can count on someone else who has faced the same demons, and you can continue to support each other.

Cecelia Johnson believes strongly in the power of good deeds and recognizing great work. That’s why she created RecognitionWorks.org. The site is dedicated to connecting those who’ve been awarded for exemplary work in their communities to companies and organizations that can help them continue their admirable efforts through donations, sponsorships, and gifts. By making these connections, she hopes to build stronger, more altruistic communities and citizens.