A Farewell To Hargrave's Finest 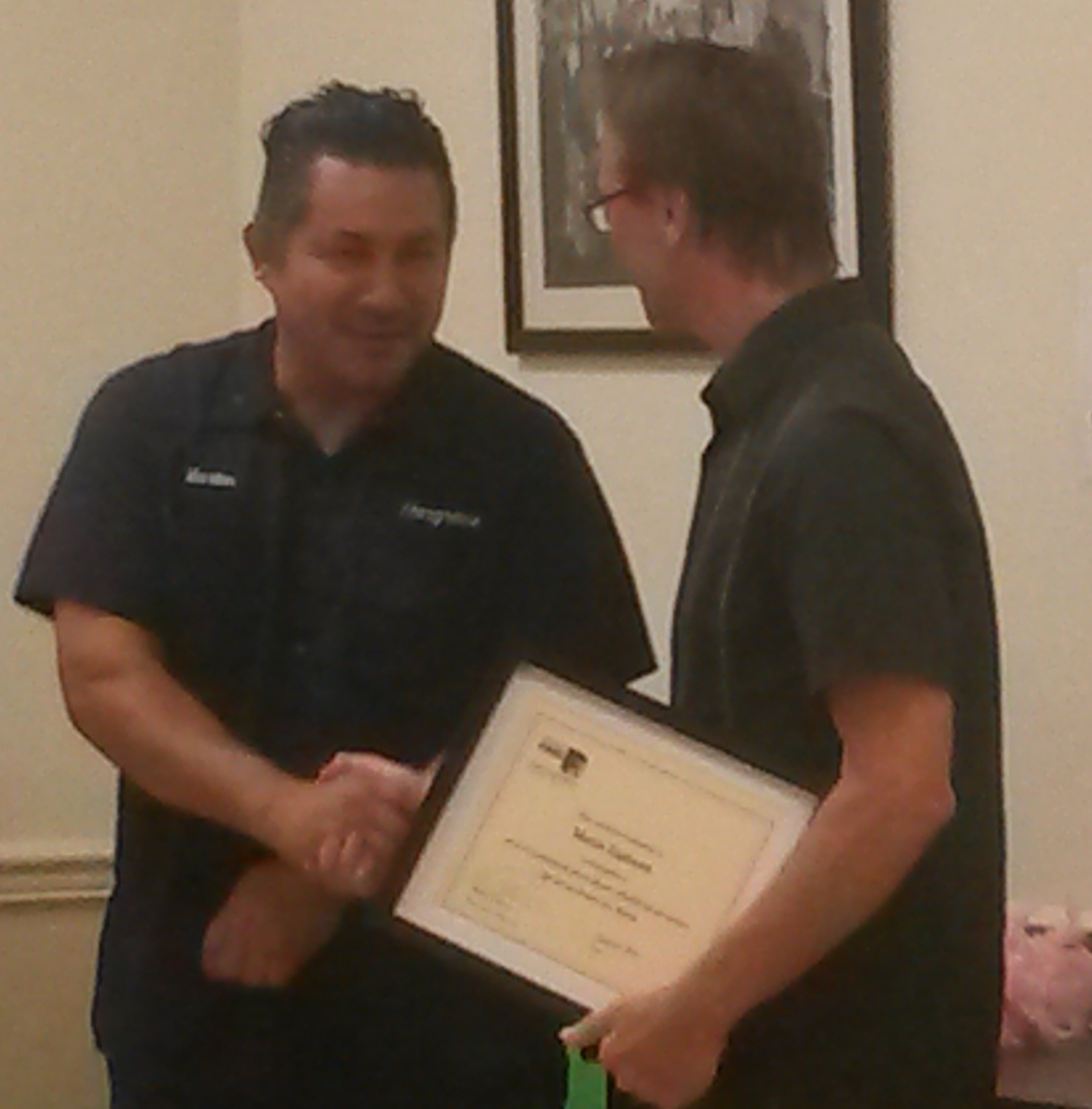 Since my arrival at Project FIND, no one has been held in higher esteem among the residents and staff than Hargrave's own superintendent Martin. My first experience with Martin was within my first few days at Hargrave, after fixing up my cooker in my apartment it was quickly established that we both had a mutual interest, one of which we both held above all other interests and hobbies... football of course (or soccer perhaps?). Despite being in the USA for so long, Martin has not easily forgotten about his passion for the beautiful game and still fanatically follows many European football teams such as Real Madrid, Schalke 04 and Manchester City. Nevertheless Martin has also taken up an interest in the more popular sports of the USA, alongside his multiple football teams he is also a die hard New York Knicks, New York Yankees, New York Rangers and Dallas Cowboys fan! Although he assured me that as expected football will always come first and foremost! I was then given an invitation by Martin to go watch the match that was being played that night, I accepted and just like that Martin welcomed a total stranger into his home and showed great hospitality after knowing me less than an hour. Indeed, Martin is an admirable character, and he was kind enough to grant me a short interview about his time at Project FIND.

A native of Peru, Martin first came to the USA as a teenager after graduating high school back home. Before working in a factory, Martin first started working for Project FIND at the Woodstock Senior Center in 1997 as a maintenance man. After four years his efficiency and loyalty was rewarded and he was hired as the superintendent at Hargrave House, a role in which he has thrived in and become adored by the denizens and staff that live and work around him. Much to the dismay of the masses, Martin has now decided that after almost fifteen years at Hargrave it is time to move on and take up employment elsewhere. In his own words, Martin has not a single regret about all the years he has spent at the organisation. A humble fellow, he told me about how his role at Project FIND equipped him with an ample range of skills and experiences that helped prepare him for his future and of course for any future employment! New York will always need people like Martin around to carry out work that many are unable to do, his trade is a unique one which harbors many skills and talents. Most of all though, Martin claims that his favorite part of working at Project FIND was getting to know all his tenants. Indeed, in his own words he stated that how upon taking the job at Hargrave he had gracefully inherited over one hundred Grandparents, a privilege which few of us can say that we enjoy! Not one individual I have come across has yet had one bad word to say about Martin, on the contrary his praise is often sung if ever he comes into the conversation. Often, he is praised for being so in tune with the needs of the residents at Hargrave and is admired for his willingness to always go the extra mile for whoever may need assistance. Furthermore, this sometimes demanding work of his is always carried out with a smile and a positive attitude, a level of patience and understanding that few possess! There is little doubt that he will be sorely missed at Project FIND and that his absence will not go unnoticed. Last week at his farewell party an impressive crowd of admirers assembled in large numbers, all surrounding him and giving him his dues that he so rightly deserves. Martin's services to Project FIND will not soon be forgotten and I sincerely wish him all the best in his future endeavors. They perhaps don't know it yet, but his future employers are very lucky people!