Blind to the Crisis of Homelessness 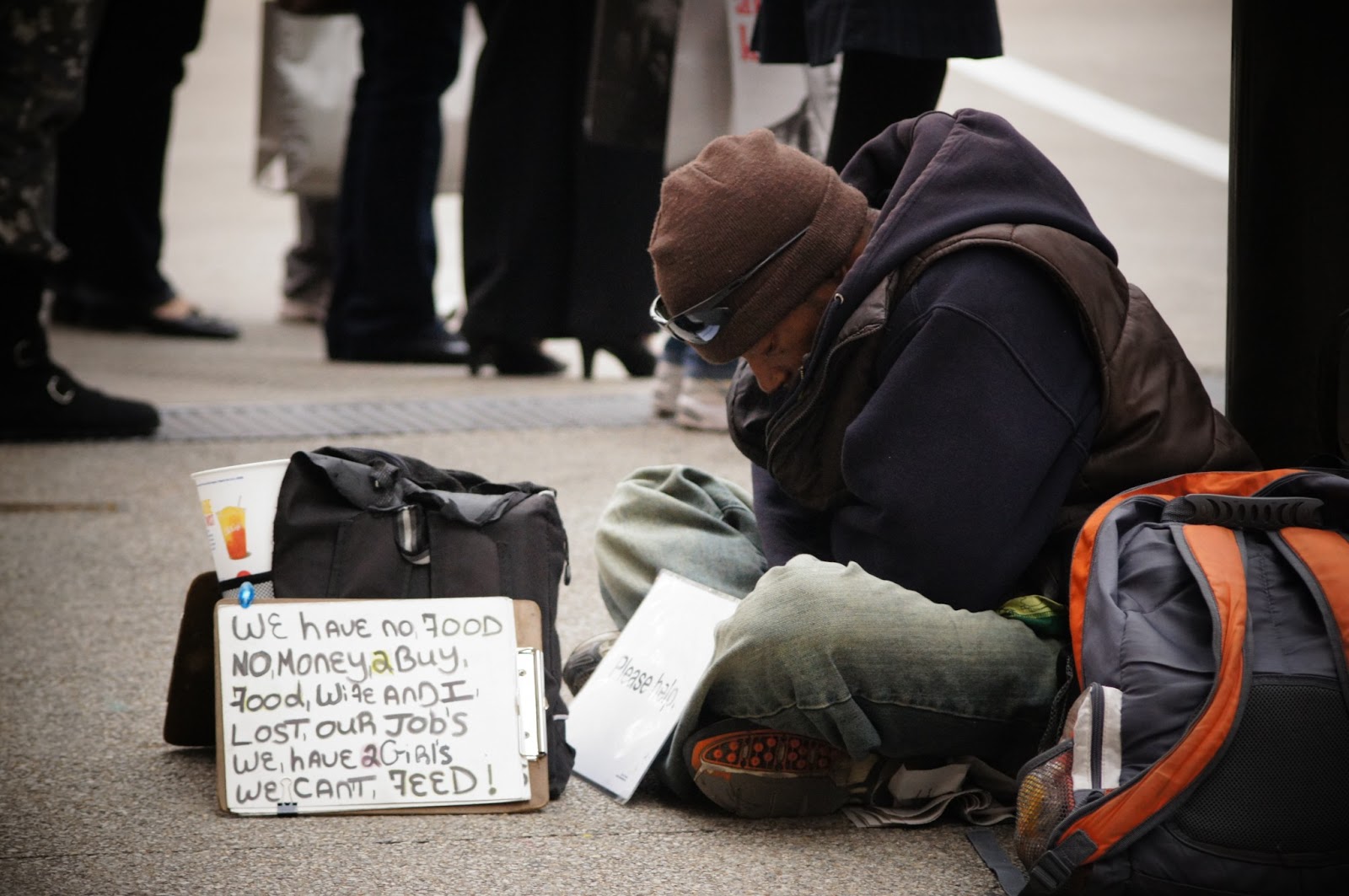 Too many people shut out the needs of the homeless. They assume that there’s a mechanism to care for them, but usually there isn’t

Our era wears a unique shame: Great Depression levels of poverty surrounded by Gilded Age wealth. In 2015, the number of people who slept in New York City shelters broke the 60,000 mark, which includes 25,000 children – and it remains there in 2015, a new record. And that doesn’t count the mass of people who sleep on the street, or in the subway system.

Recently, a new restaurant opened on the Bowery, the street in lower Manhattan which has been synonymous with homelessness in the US since Jacob Riis published How the Other Half Lives 125 years ago. It’s called SRO, a wink toward “single room occupancies”, the buildings that long housed the poor on this street. The restaurant boasts of its “selection of Italian wines curated by a master sommelier”, and serves artisanal pizza laden with merguez and stracchino. You can bet it’s not a buck a slice, which you could have recently paid in this part of town if you could scrape together enough change. I’ve eaten my share of merguez, and drank my share of decent Italian wine. But this moment is a nightmare for the city.

Despite Mayor Bill de Blasio’s campaign to correct New York’s gob-smacking inequality, the number of people in shelters has gone up by 7,000 since he took office – as a result of inherited policies and conditions. Last fall, De Blasio’s Department of Homeless Services promised that 4,000 homeless families would be able move into private apartments by the end of June; by mid-April, only 900 have And this month, the state budget gave the city just one-third of what the mayor demanded to cover permanent housing units.

Read the full story in The Guardian