Isidore Block Dinner at The Woodstock

This afternoon The Woodstock Senior Center hosts its annual 'Izzy Block Dinner' in memory of poet and performer and long time Woodstock resident Isidore Block --  The Poet-O of Central Park.

He wandered everywhere in the green rectangle from the zoo to the Bethesda Fountain to Strawberry Fields, where he’d feed his favorite squirrels-he named them George and Gracie-and ask passersby to ring his brass bell (with a unicorn-shaped handle), which he said would bring luck. He told people that when he was a young man begging, a boy suggested that he give something to people in order to receive. What he gave was wishes. via The Observer

A day in Central Park with Poet-O (Isidore Block), the park's resident poet. During the early 1980's from 'O' by Lewis Weinberg

1972 cable tv program (Bananas) was filmed on the streets of NYC and edited at the School of Visual Arts. Performances by Isadore Block ( "Poet-O" of central park, Chris Stein (Blondie), and others. Comedy, street performances, and good karma abound in this early porta-pac adventure.

Park habitués knew him as Izzy or Poet-O, a pseudonym he picked up from the novel The Story of O . Through the years, he wrote thousands of poems, mostly about nature and its beauty. He’d carry photocopies of them to sell for a dollar.

“His poetry was so natural and would come from a joyful heart,” said Mr. Maurer, who published much of Mr. Block’s work on the Web. “He sees everything as flowers and beautiful, like the park, which was his home and his paradise-the only place in New York to live. ‘If I didn’t have Central Park, I’d die,’ he’d say.”

“He writes on anything he can find-a napkin, a tablecloth. He maintains a depth of spirit and a childlike innocence,” said Elizabeth McNulty, a documentary filmmaker who’s been shooting Mr. Block off and on since 1999. --

... students, fellow street people, and your reporter were invited to perform the autobiographical poems about drinking scotch in a refrigerator box on Wall Street Christmas Eve, fighting for space at a weekly free meal for the homeless, and landing in jail for accepting a joint on Times Square. -- Poet-O reads at Marymount College

From Isidore Block and Other Strangers

The Wish Man. He was old, and silly, a bit off in that way that appeals to children. He carried a bell with a unicorn on it and if you gave him change he’d ring it and tell you to make a wish. He seemed magical to me–I was deeply obsessed with unicorns at the time. I remember liking him and feeling that my father didn’t want me to ... 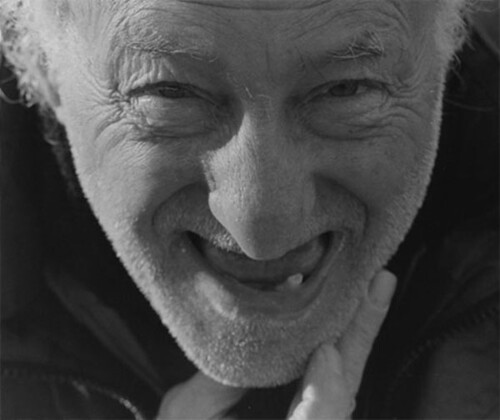