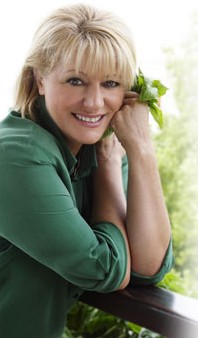 • Guidelines for life and  longevity

Taste some of the recipes at the event!

Healthy Cooking will be Livestreamed FRIDAY, APRIL 19th - 11:00 AM (click here to watch) 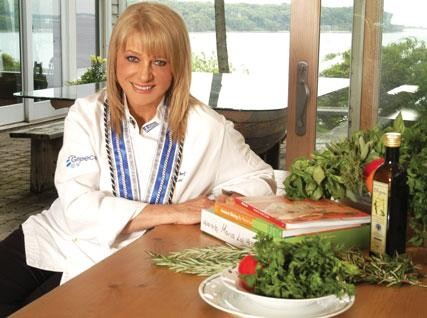 Until recently, Maria Loi had her own cooking show on Greece's most successful morning program and on the country's leading TV network, Mega Channel.  Along with her TV work, she is an author of several cookbooks, including the highly coveted official book for the Athens 2004 Olympic Games titled "Ancient Dining." Maria also produces her own weekly magazine, "Kouzino Mageiremata," with interesting articles and great recipes and has a series of DVD's as well.

Healthy Cooking  with Maria Loi  will be Livestreamed FRIDAY, APRIL 19th --  11:00 AM (click here to watch)

Today, Maria happily spends most of her time cooking, writing and educating the world about Greek cuisine, culture, and the healthy Mediterranean diet. To that end, she has co-produced and developed a new television show called "It's all Greek" which will be airing internationally beginning this fall. Maria strives to show her viewing audience that this cuisine can be mastered by anyone who wants to learn. Knowing Maria, this is just the beginning of much more to come! 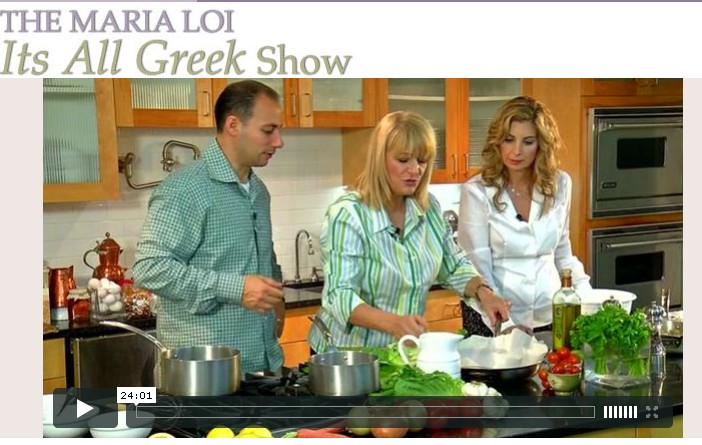