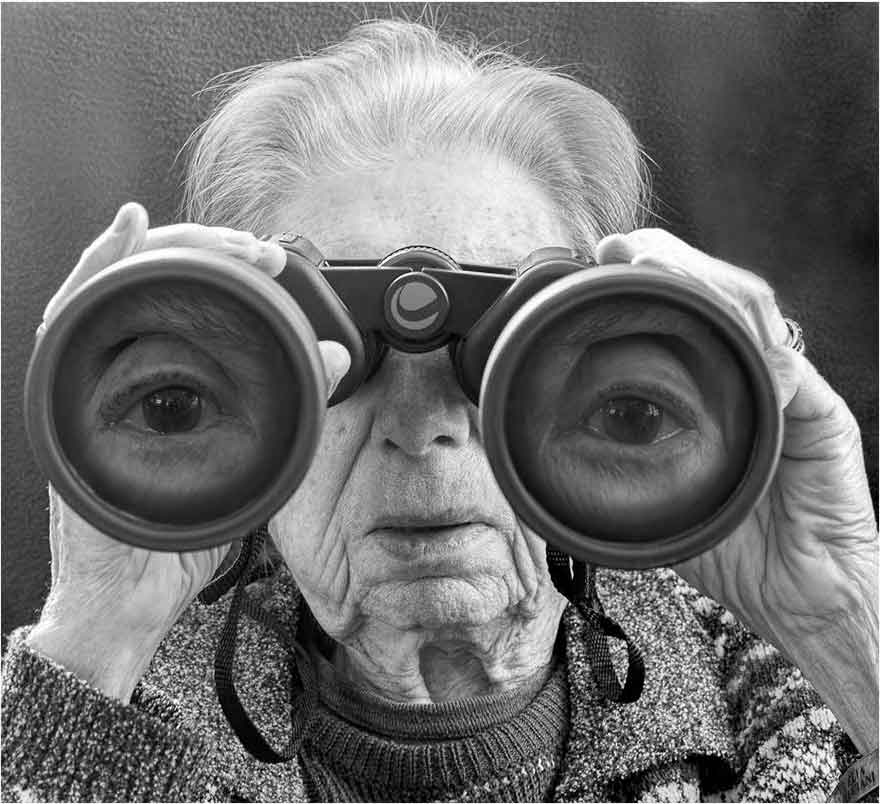 Tony Luciani’s 91-year-old mom, Elia, didn’t know she was photo-bombing. She just wanted to pass through the bathroom door where her son, a painter, had set up a tripod to test his new camera. But something about the pictures of her face poking around the doorway, in and out of camera view, set them both laughing and ended up with both mother and son becoming photographers at 57 and 91, respectively.

Photographs by Tony and Elia Luciani were the subjects of simultaneous shows this past winter at the Durham Art Gallery in Durham, Ontario. Tony’s show, MAMMA: In the Meantime, was all about his mother. His mother’s show, My Coolpix and I, was all about her world. Elia Luciani’s series of photographs has been described as “ethereal” and “dream-like,” evoking thoughts and feelings about the fragility of memory, its presence and its absence.”

See images from the show