A record number of single adults are homeless in New York City.

On a given night, 14,222 single adults ― meaning they are not part of a family ― seek out homeless shelters in NYC, Giselle Routhier, policy director for the Coalition for the Homeless, told The Huffington Post via email. That’s a 95 percent increase from a decade ago. At the end of 2006, there were 7,282 homeless adults in New York City.  ... 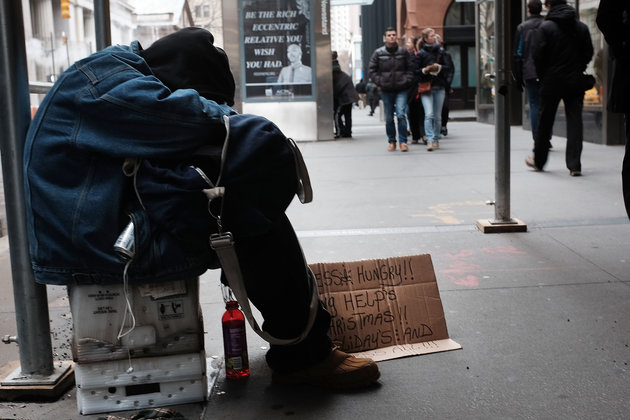