Recently, I had the pleasure of meeting two of perhaps the most elusive residents at Project FIND. Residing in the basement of Hargrave House live a pair of female feline companions cared for by the building's superintendent. I first came across them last week when I was emptying my recyclables and rubbish. I found one to be rather shy, whilst the other to be quite outgoing for a cat. Upon asking the superintendent their names I was humored to discover that one was called 'Project' and the other called 'Find'! The superintendent explained this to me, stating that because Project FIND looks after the upkeep of the pair he named them accordingly in recognition of the organisation. Indeed, ever since they were given a home by Project FIND the Hargrave sisters have become a familiar part of daily life for the residents at Hargrave House who frequently use the basement floor for tasks such as washing, drying and recycling. 'Project', the dark furred cat shown below on the right appears to be the more vocal of the two and seems much more trusting of people than her sister 'Find' who is shown on the left. So far she has shown herself to be a much more timid kitty! To me the duo represent one of many small and hidden yet charming aspects of Project FIND, the sort of aspects I aim to include more of in this blog. 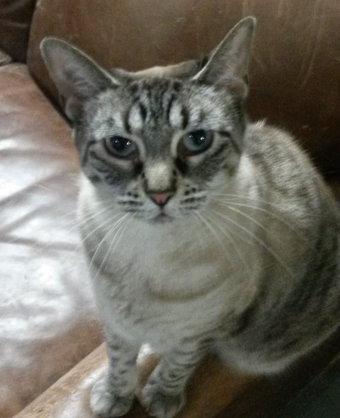