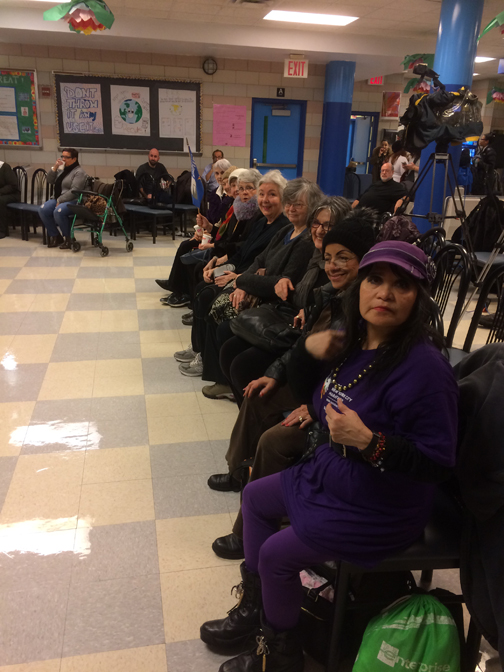 Project FIND staff and seniors were there when, speaking at Edward A. Reynolds West Side High School on the Upper West Side, Mayor Bill de Blasio and City Council Speaker Melissa Mark-Viverito announced that the city would be devoting an extra $90 million annually to fund legal representation for low-income tenants in Housing Court --

a major development in housing policy in a city where roughly 90 percent of tenants currently appear in court without an attorney.

The Mayor announced this right to counsel bill, which will provide a legal aid attorney to anyone with an annual income of under $48,000 if they are facing eviction.

As well as 5,000 new units of senior housing targeted to extremely low income seniors and a Mansion Tax, which will be used to fund a rental subsidy for upwards of 25,000 senior households.

You can read more about the big changes here: