Eli, through his dynamism, wit and longevity, showed how a long life should be conducted.  He and Ann, denizens of O’Neal’s Restaurant, lent their fame and talents to help Project FIND on several occasions, including a star turn as our gala honoree in 2006, when he was only 90. 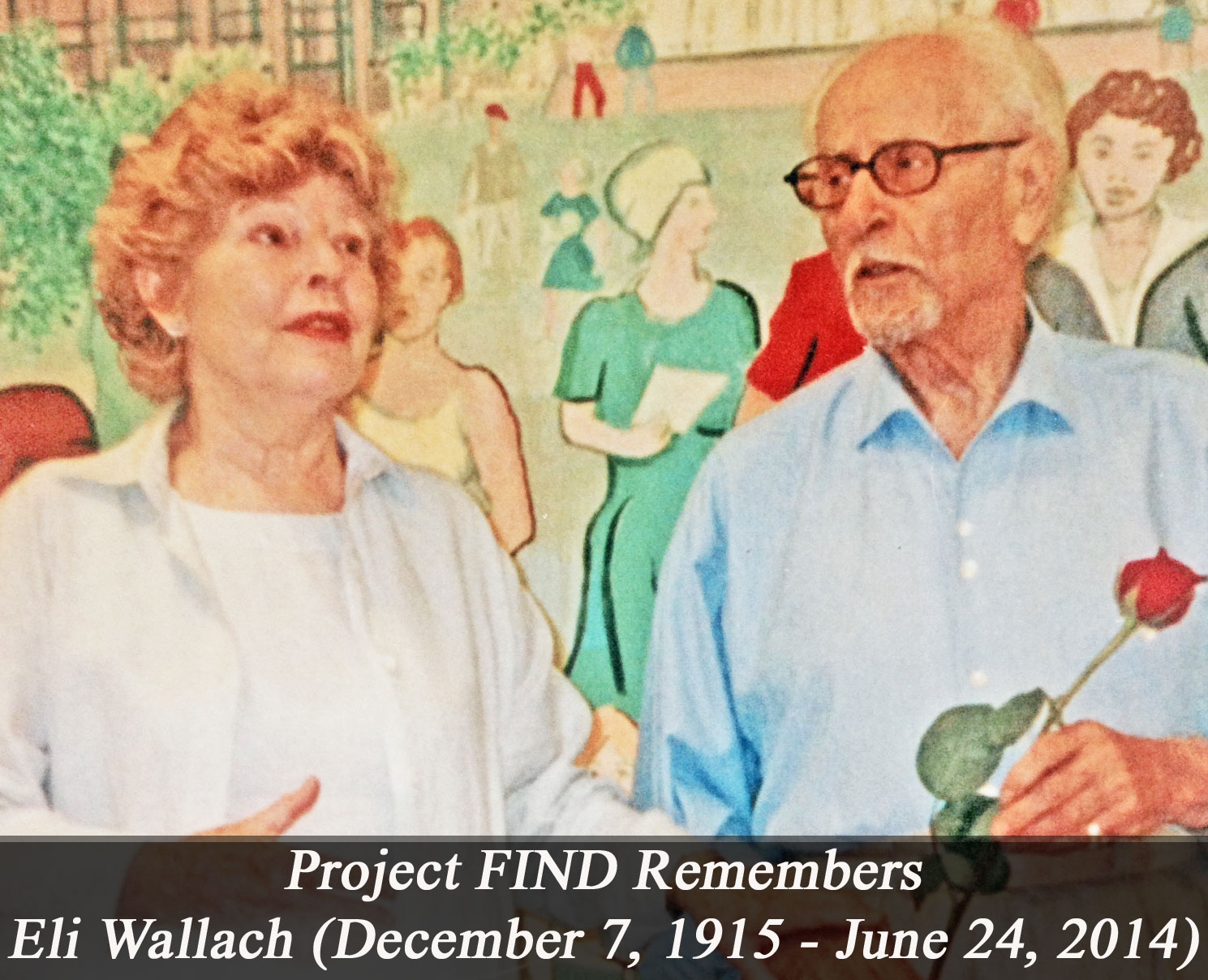 Eli Wallach with his wife, Anne Jackson at the Hamilton Senior Center

The Good The Bad and The Gifted ... from TIME

Eli Wallach, who was one of his generation’s most prominent and prolific character actors in film, onstage and on television for more than 60 years, died on Tuesday at his home in Manhattan. He was 98.  The New York Times