Security At Hargrave #4: You Can Count On Me!

To conclude the series of posts surrounding the individual members of the security staff at Hargrave House, let me finish by introducing 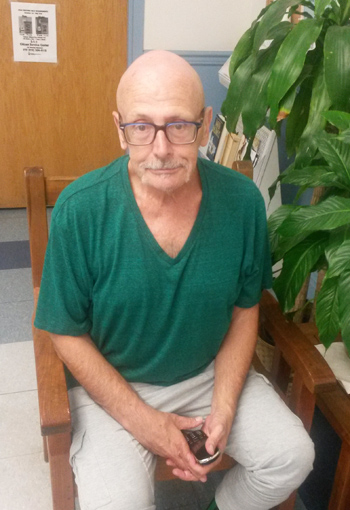 one final member of the team. Chris Murray, has been living at Hargrave House for around three years now and has assisted the security team as a substitute for the last two and a half years. Indeed, he told me that upon inquiring at the office he was given more regular substitute shifts as time went on due to his commitment and reliability, allowing him to eventually become a fully fledged member of the team! Originally from Long Island, Chris worked as a social worker for thirty odd years after gaining a degree from Westchester. Chris has many interests such as theater and classic movies, but most of all Chris is a keen traveler! Indeed, he's visited multiple fascinating destinations such as Istanbul, Rio de Janeiro, Amsterdam and of course my own native homeland of Ireland! For Chris, his role at Hargrave is a convenient and pressure free way to socialize with the other tenants of the building. Assuredly, my time at Hargrave has been full of friendly and colorful characters with a wide scope of interesting back stories and lives, some of which you'll find on this blog. Therefore, I conclude that at Project FIND, a refreshing tale or an interesting character is never too far away!