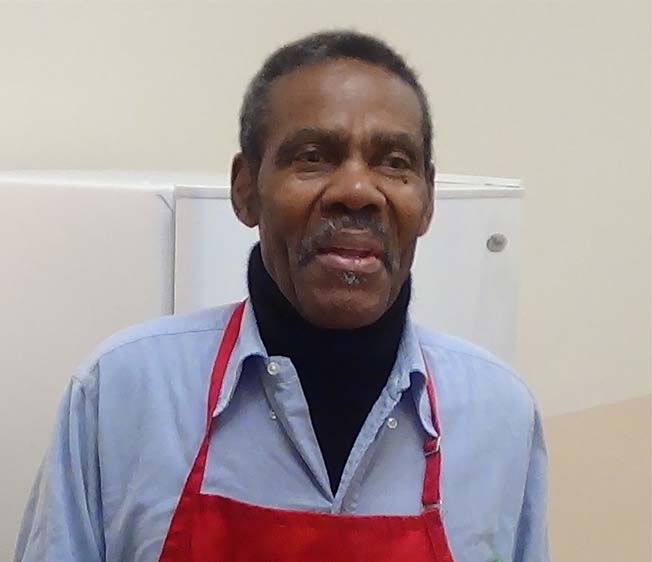 Alpha has been working at the Hamilton House with Project FIND for the past twelve and a half years.   Prior to that Alpha spent years working as a chef.  He began his cooking days in the Caribbean when he was 22 years old.  With the boom of the hotel industry, Alpha was drawn into the world of cooking and learned to prepare delicious meals for large numbers of people.  In, New York City he worked as a chef at several hot spots including the famous Copacabana.

Today Alpha joined What's Cooking in the pilot version of Project FIND's test kitchen at the Hamilton Annex.  With just a small stove, folding table and a pan, Alpha showed us how to make a French inspired meal, that's easy to achieve and won’t break your budget.  Do you know what it's like to cook in a small kitchen? Share your kitchen tales in the comment section below.