As well as cooking Dolores enjoys being creative and singing.  Read about her singing and take a look at some photos of the artwork she has done at the Life Maps class.

Also read about Dolores and her cooking, her recipe and all about tofu. 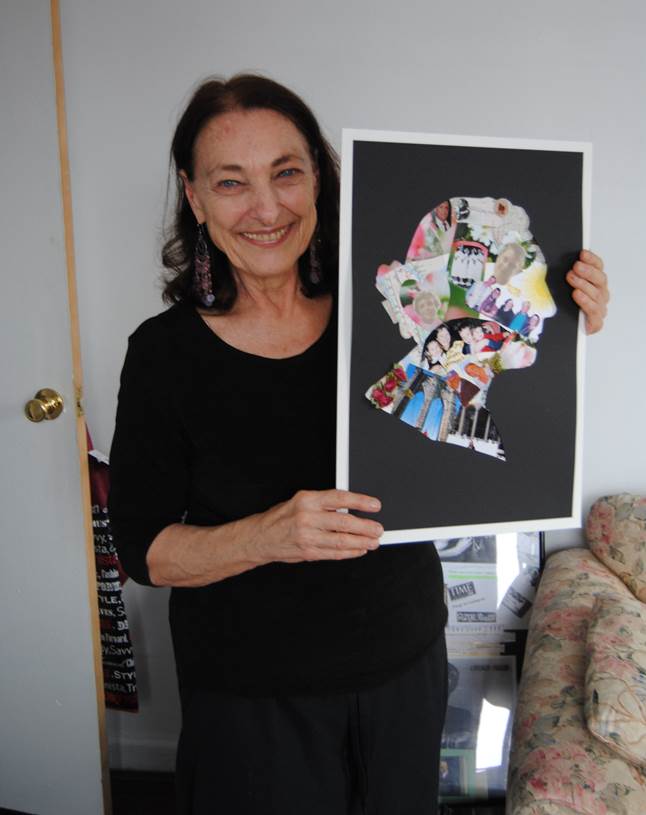 Dolores started singing at Project FIND sing-alongs in 2007.  At the time Lorenzo Fuller played piano and became a good friend to Dolores and as she described “…one of the best things that happened in my life”.  He encouraged her to sing, working on breathing exercises, scales and technique.  Dolores explained that at first she was shy, but Lorenzo was “…so loving and so giving to everybody…” that he really helped her to find her voice.    Now Dolores says.  “I feel so free when I’m singing… I feel like a bird let out of a cage.”  Recently Dolores has taken part in the Opera America group, which also performed at the Creative Aging Arts Day.

Dolores is not only a singer, but also uses her creativity as an artist, having taken part in the Life Maps group run by Paul Ferrera at the Hamilton Senior Center.  She explained that at first she found it hard to be abstract but once she let go she was able to create some beautiful artwork.  As part of the class, Dolores made a picture using an image of her grandson with the sun shining on him.  “He is my sunshine” she said, and this inspired her to create the picture.  The Life Maps class also made silhouette cut outs of themselves which they placed over collages made up of aspects representing their lives such as pictures and photos of friends, family, friends and favorite places.  Dolores made a wonderful picture, take a look at the slideshow below where you can see her work.